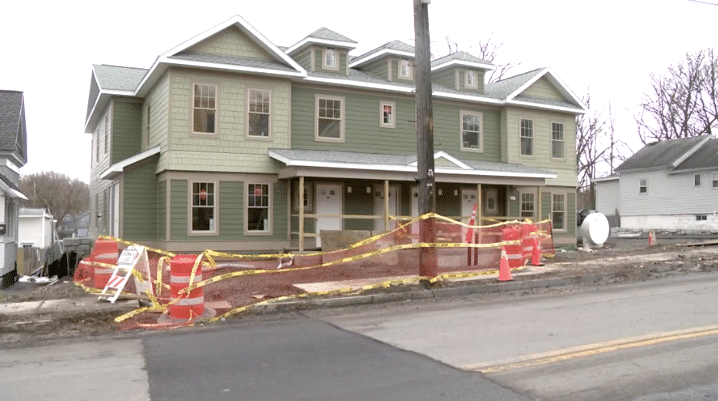 SYRACUSE N.Y. — The look of Syracuse’s North Side is changing, thanks to Housing Visions, a not-for-profit that is replacing old homes with new apartment buildings.

The latest project, Butternut Crossing, where 7 ‘zombie’ (vacant/abandoned) homes have been torn down, to be replaced with new ‘row house’ style apartment buildings. The Housing Visions project also ‘saved’ a 1930’s era house and turned it into 3 totally updated apartments. Tenants are expected to start moving in, in the next month and all 53 units should be occupied by the end of the year.

In addition, Housing Visions already manages 123 units on Syracuse’s North Side developments, according to Vice President for development Chris Trevisani. “We’re a non-profit, and our mission is to be the catalyst for neighborhood revitalization.”