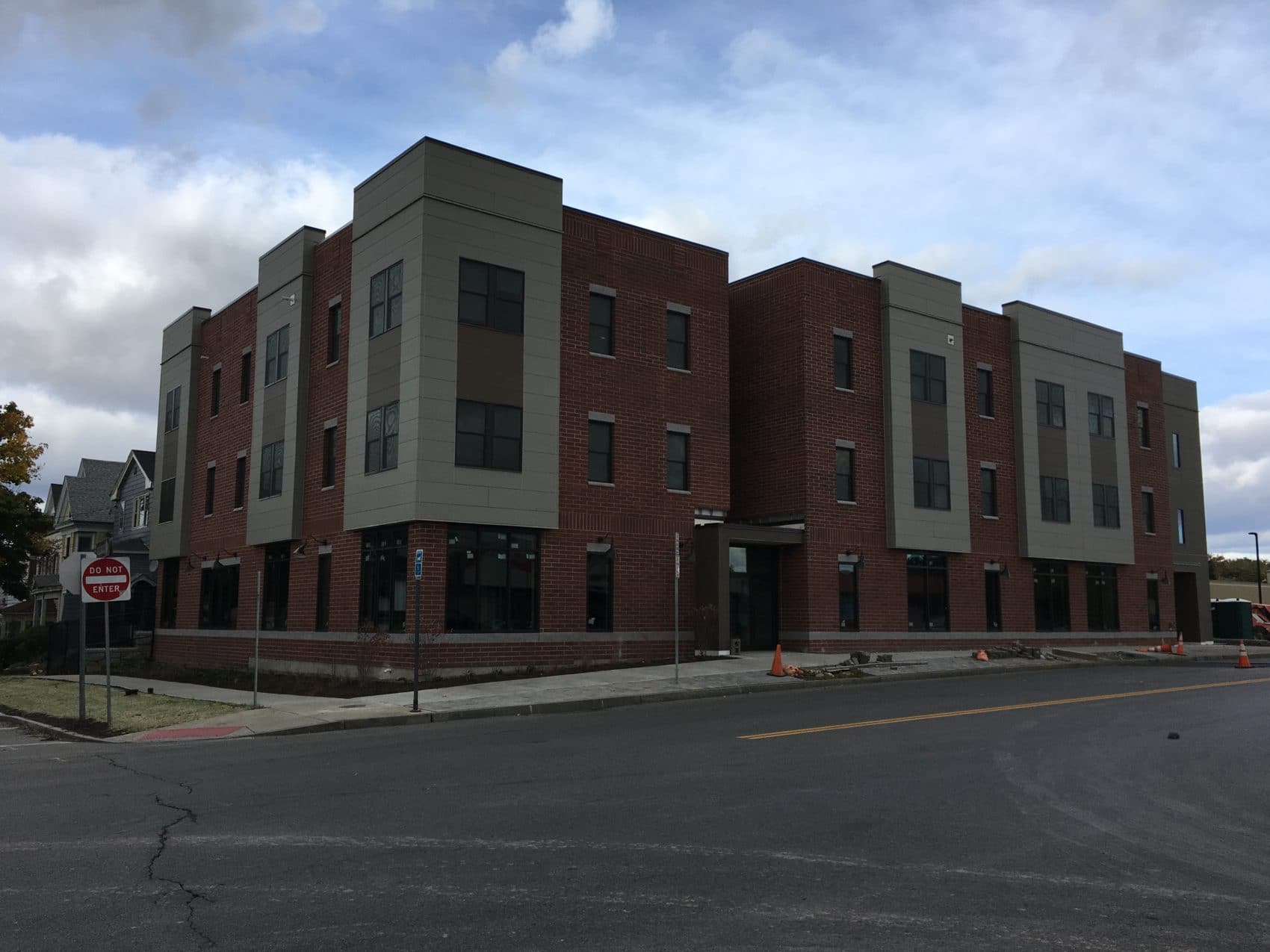 Syracuse, N.Y. — A neighborhood revitalization organization will hold a ribbon cutting today for 49 newly built apartments for working class households, including 20 on the site of a former brewery on the city’s Northside.

Housing Visions has built the apartments, collectively called Salina Crossing, in 10 buildings located near Salina Street in the city’s Northside and Southside neighborhoods. Some are in existing buildings that have been renovated. Others are entirely new construction.

The biggest of them is a new, three-story building at 511 Butternut St. Built on the former site of the Otisca Building, it contains 20 one-bedroom apartments. The Otisca Building, which housed a brewery for many decades, was demolished in 2012.

St. Joseph’s Hospital Health Center will lease the first floor of the new building for use as an administrative and staff training center. The apartments will be on the top two floors.

The second biggest is the former Odd Fellows Lodge and Temple at 823 N. Townsend St., also on the Northside. Housing Visions has transformed the building, built in 1887, into eight two-bedroom and one one-bedroom apartments.

James Rubin, commissioner of the state’s Homes and Community Renewal agency, is expected to be among the officials attending today’s ribbon cutting at 511 Butternut St.