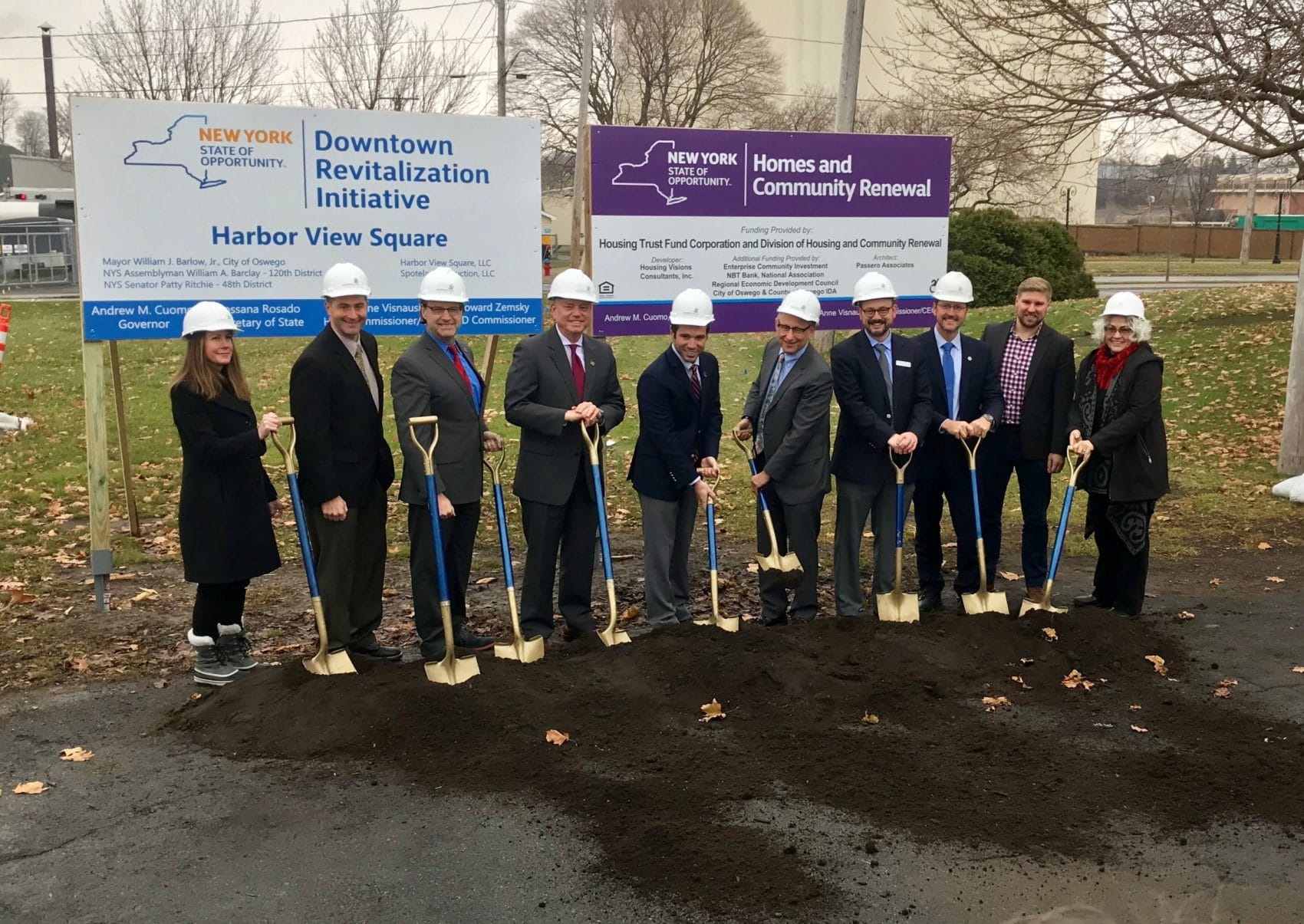 Oswego, N.Y. — Construction has begun on a $26.2 million mixed-income, mixed-use housing development on a former industrial site in downtown Oswego.

The development site at 68 W. First St. is the former home of Flexo Wire, a wire manufacturer and distributor. Industrial pollution on the long-vacant property will be removed under the state’s Brownfield Cleanup Program.

State and local officials and representatives of the developer, Syracuse-based Housing Visions Unlimited, held a groundbreaking ceremony at the site Friday.

“Many in the community have always envisioned the harbor as a premier urban waterfront neighborhood,” Housing Visions president and CEO Ben Lockwood said. “This redevelopment is another step towards the Oswego Harbor revitalization effort led by the city of Oswego.”

Harbor View Square will be built on the former Flexo Wire site on West First Street in Oswego. (Submitted rendering)
Eleven apartments will be reserved for persons with physical disabilities or traumatic brain injuries. Housing Visions said apartments will be affordable for low- and middle-income households. Nine units will be market rate.

Located within walking distance of Lake Ontario’s shorefront and downtown attractions, the development’s amenities will include a fitness center, a rooftop terrace, a resident lounge, a media center and a conference room.

“By transforming a long-vacant industrial site into 75 homes and commercial space, we are creating a more walkable downtown that connects residents to the natural beauty of the waterfront,” RuthAnne Visnauskas, commissioner of the New York State Division of Homes and Community Renewal, said in a statement.

Financing for the project includes federal low-income housing tax credits and brownfield tax credits that will generate $13.2 million in equity, $3 million from the state Community Investment Fund and an additional $6.8 million subsidy. The additional financing includes a Restore NY grant, an award from Oswego’s Downtown Revitalization Initiative and a loan from the Leviticus Fund.